The culture and history of beading with Hannah Bailly 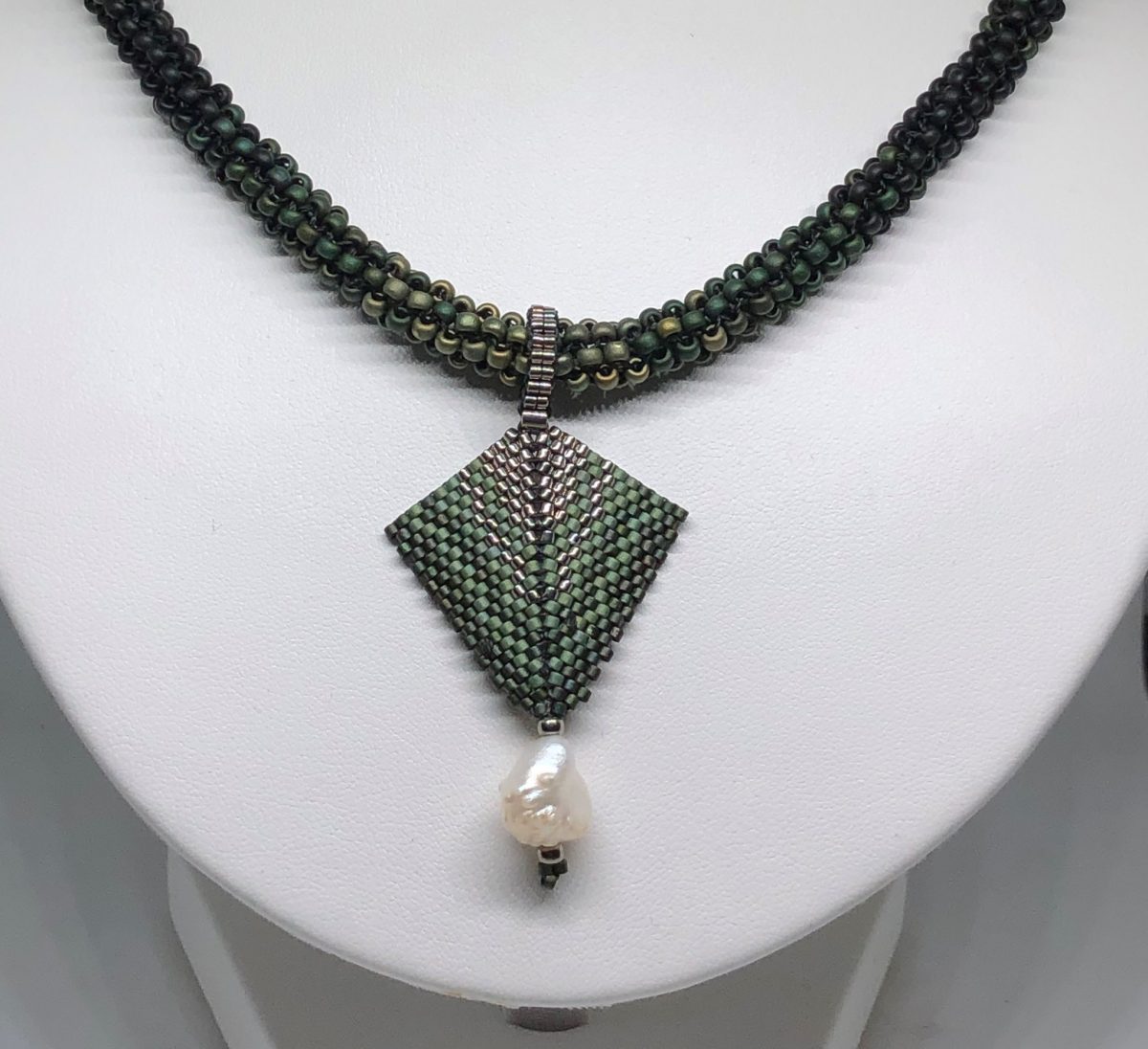 Originally from Northern California, she began studying the art of Native American beadwork at the age of 18. Since then, Hannah has taken inspiration from beadwork through the ages. She’s explored India, Europe and parts of the Middle East with an artist’s eye.

Today, she’s based in her sunny Beadworkz studio in Dunedin.

Exploring the world of beading

Over her career, Hannah has had many incredible experiences.

“One of my favourite memories is buying gemstones in Jaipur, India. I went to the gem dealers and found the right people down the back alleyways to find the authentic gems. It was amazing.”

“Over time, the necklace had lost some of its beads. Others had broken and some of the weave patterns had disintegrated. She asked if I could repair it and it was difficult because it had the tiniest beads and they’re really hard to find. They couldn’t be found in New Zealand so I had to get them from my supplier in California.

“Repairing that necklace was special because it brought me more into the New Zealand fashion industry. But it was also a wonderful experience doing the repair. Repairing an ancient piece is rewarding for everyone. It’s rewarding for me because I feel like I’m part of something timeless and it was rewarding for her because she could wear that special piece again.”

The culture behind bead jewellery

Alongside her beadwork, Hannah teaches Cultural Anthropology at a university. Though the two fields are quite different, anthropology casts a light on the cultural meaning behind beadwork.

“There are many different reasons why people have traditionally done beadwork. But I think in a nutshell, it’s about social status and ritual. In different cultures, like Native American and African cultures, beadwork is worn by people with different statuses.

“The peyote stitch of Native American beadwork is worn by the shaman during peyote rituals. It’s worn as an emblem that signifies that ritual and it takes them deeper into the spirit realm. That’s one area of social status. It is status combined with mysteries.

“Some of the African tribes would wear beadwork to signify their standing as royalty. The different pieces that they wore would signify their status. So in a nutshell, it’s a mix of status and ritual.”

Hannah says the idea of ritual is carried through her work.

“When I’m beading, I go into a meditative space. It’s extremely therapeutic in terms of mindfulness. I sit for hours and I just slip into a particular state of mind – that’s a ritual in itself. So producing a piece that comes out of that can be seen as a piece that has engaged in this deep, meditative process. Another, popular way of looking at that is the idea of slow fashion.

“It’s handmade and has a different energy to something mass-produced.”

Her artwork can be described as ‘otherworldly’ and Hannah takes influences from different ages and cultures.

“I do a lot of beadwork that could be described as Art Nouveau and Art Deco. I’ve been through a Victorian phase. Some of my work is medieval in appearance, too. When I start using natural materials like the labradorite stones, that takes you into this mysterious zone.”

Hannah Bailly will present a wide range of elaborate beadworks that can be worn or enjoyed as an art piece at the Ivy Box.

“I’m using a lot of natural stones, so I’m going for that ‘mystique’ look. There’s definitely a medieval feel coming through for me in this range too.”

Hannah first stumbled across the art gallery a few years ago, while visiting the town.

“I walked in and was just enthralled by Lynda’s artwork. Her work is mysterious and beautiful. So I introduced myself, showed Lynda some images of my artwork and she said: ‘Oh, I want that ring!’.

“I feel like our artworks are a good match. I feel honoured and excited to be part of the new gallery.”

Find a range of Hannah Bailly’s eye-catching and intricate beadwork at the Ivy Box gallery from Spring 2021.